Do You Want To See True Blood’s Alexander Skarsgård In Pink Spandex? 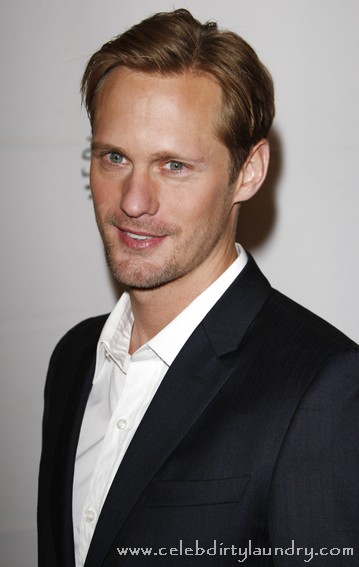 Alexander Skarsgård who plays hot vampire Eric in the True Blood series been talking about all the strange things fans ask him to do.   As a matter of fact he joke fans have asked him to wear pink spandex.  hmm I wouldn’t mind to see him in spandex ;-)  Alexander has also said he is thrilled and flattered at all the attention that True Blood gets.

“They talk a lot about a shower scene,” he said. “Eric and Sookie in a shower. And also a scene where he’s in pink spandex. Those are very common. “I’m very excited about, well, both – but definitely about the spandex. I hope that will come soon… I might want to go to the gym before the spandex session!”

True Blood is one of my favorite shows and I am glad to see Eric back.  We posted a video and spoilers a couple of days ago about the fourth season the season of the witches – you can check it out HERE.  I am so excited that this season  they will focus more on Sookie and Eric’s relationship.  It means more airtime for Eric YAY!  True Blood returns for a fourth season on June 12 at 9pm on HBO.  Are you as excited as I am for the return?