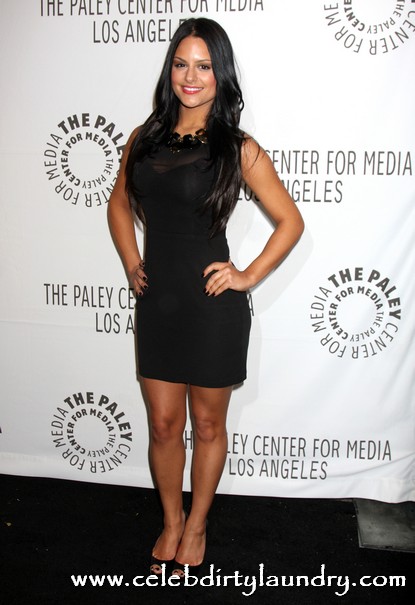 It’s no surprise to me that Pia Toscano, the recent American Idol to be eliminated, has scored a record deal.   Fans (and judges) were shocked when on Thursday evening the 22 year old was booted from the FOX talent show.  Most expected her to be at least in the top 5, so when her name was announced, the audience gasped.  But don’t feel too sorry for her – less than 24 hours after the show aired, Pia signed with Interscope Records, and execs are rushing her into the studio to get her album started.  No firm contract details as of yet, but according to an insider for Us Magazine, “Papers are being finalized.  It’s basically a done deal.  She’s signing.  They rushed everything but she’s so excited.”

Not only does Pia have the talent, she’s certainly got the looks too.  I think we all knew full well that Thursday’s episode wasn’t going to be the last we saw of the gorgeous singer.  On a recent Leno appearance, the singer confessed to Jay, “It was definitely hard for me to sing that last song.  I was definitely a little broken up about it, but it’s a new day, and I’m in a better place now.”   No kidding.  Well good luck Pia, I’m sure with your voice and charm, you’ll no doubt enchant us one again.