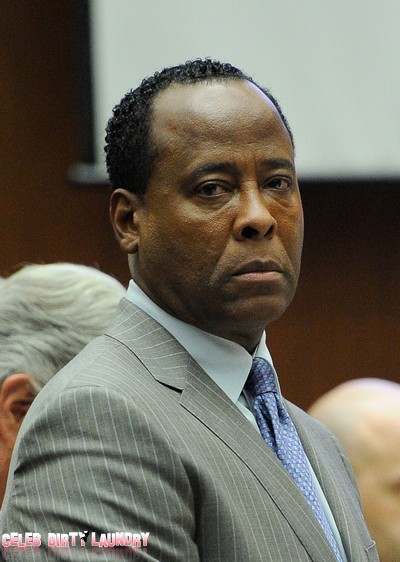 The verdict is in and Dr Conrad Murray has been Guilty Of Involuntary Manslaughter of Michael Jackson.  The jury delivered their verdict at the Los Angeles County courthouse today (07.11.11), after just 10 hours of deliberation, following a six-week trial.  Dr. Murray had pleaded not guilty to causing Michael’s death on the morning of June 25 2009 by giving him the anesthetic Propofol as a sleeping aid.

The courtroom was hushed ahead of the verdict, as Superior Court judge Michael Pastor took to the stand just after one PM local time.  He called the jury to deliver their verdict, which he checked then passed to the court clerk who read it out.  The clerk said: “Superior court of California, Los Angeles County, the people of the state of California plaintiff Vs Conrad Robert Murray, defendant.

“We the jury in the above mentioned actions, find the defendant guilty of the crime of involuntary manslaughter.”

Each juror was then asked to confirm their verdict individually.  Dr. Murray sat stony faced, silent and unmoving while the decision was read out.

Judge Pastor then thanked and dismissed the jury, and set the date for sentencing as 29th November. Dr Murray was then remanded in custody with no bail until the date of sentencing.

On his reasoning for this, Judge Pastor said: “Public safety demands that he is remanded. With no bail in the interim he is to be kept in the care and custody of the Los Angeles county Sherriff’s office.”