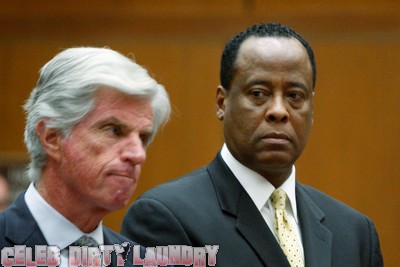 If you were hoping to tune into the manslaughter trial of Dr. Conrad Murray today, then you’re going to be sadly mistaken. The trial, which wasn’t in session on Friday, was scheduled to resume today at 8:30 AM PST, but has been postponed.

Last week, we’ve heard from two doctors who have claimed that Dr. Murray was grossly negligent in his care for the late King of Pop, Michael Jackson. Today, the Prosecution was supposed to call its final witness, Dr. Steven Shafer.

The doctor is primed to give his testimony in the case, but the trial suffered a setback when we learned that the doctor’s father had passed away.

We’ve heard reports that the case will be resuming tomorrow, but we’ll keep our ear to the ground if anything new comes up.