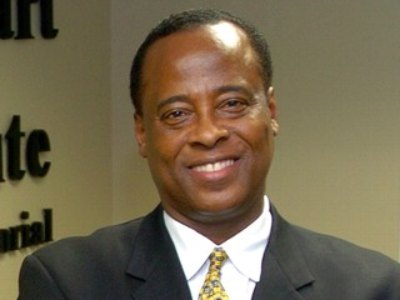 Dr. Conrad Murray faced the music today as his arraignment was under way earlier today in Los Angeles. He is facing involuntary manslaughter charges in the death of the King Of Pop, Michael Jackson.

It was ruled earlier this month that there is sufficient evidence in the death for Dr. Murray to stand trial. It was said that Dr. Murray was busy calling his girlfriend on the telephone before actually calling 911 to report Michael’s ailing condition.

What I want to know is how they found a jury that has absolutely no knowledge or preconceived notions about this case? The news of Michael’s death was everywhere and everyone has basically already pinned it on this guy. How can they be impartial?