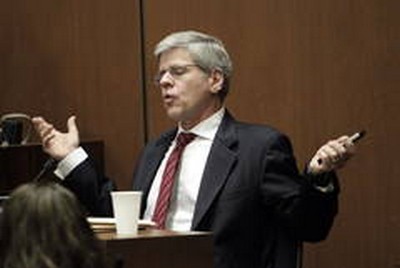 Medical expert witness Dr. Steven Shafer has told jurors that it is a “possibility” Michael Jackson could have caused his own death. But don’t get upset people because even if that were the case the same Dr. Shafer still holds Dr. Conrad Murray to blame for Michael Jackson’s death.

Anesthesiologist Dr. Steven Shafer was on the witness stand for his fourth day in the trial of the MJ’s personal physician Dr. Murray, who has been charged with involuntary manslaughter of the pop star after he was accused of giving the ‘Thriller’ hitmaker an overdose of Propofol while trying to help him sleep.

When asked whether Michael could have caused his own death by removing a clamp on an intravenous line of Propofol, Shafer replied: “That’s a possibility.”  But the medical expert said that hasn’t changed his opinion that Murray was culpable in Michael’s death.

Coroner’s officials have determined the singer died from acute Propofol intoxication and also noted there was anti-anxiety drug lorazepam in Michael’s system in June 2009.  Shafer explained there is no way to determine whether Murray or the singer were responsible for starting the flow of the drug that dripped into Michael’s veins.

Murray’s lawyers claim Michael woke up when the physician left the room and gave himself the drug, but Shafer said this possible outcome was “in no way exculpatory” because Murray would’ve had to set up the procedure.

Defence lawyer Ed Chernoff began cross-examining Shafer by attacking the conclusions he has reached in court during his testimony.

Chernoff said to him: “You understand that everything you said in the last three days was your opinion.”  And Shafer replied: “I stated my name, which I think was a matter of fact.”