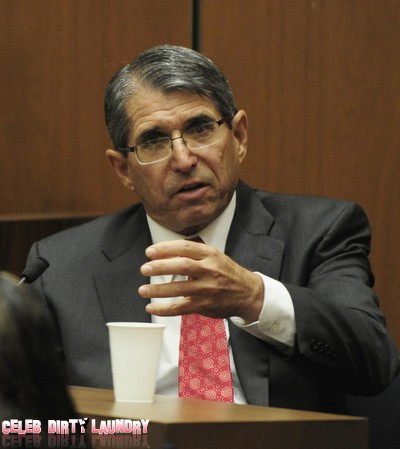 Michael Jackson probably caused his own death by injecting himself with Propofol, Dr. Paul White, an expert anesthesiologist claimed in court today.

Dr. Shafer had told the jury in his opinion the only plausible explanation for Jackson’s death on June 29, 2009, was that Dr. Murray had administered the anaesthetic Propofol and left it running into his system, even after the singer had stopped breathing – the theory the prosecution has always maintained.

Defence lawyer Michael Flanagan asked Dr. White: “You think it was self-injection of Propofol … between 11.30 and 12 o’clock?”

To which Dr. White – who performed clinical studies of Propofol for years before it was approved for use by the Food and Drug Administration in 1989 – replied: “In my opinion, yes.”

Later on in his testimony, Dr. White also corroborated a defense theory that MJ swallowed several pills of the sedative lorazepam and that drug combined with the Propofol created a “perfect storm” of substances that killed him.

White said: “The fact that there is even a tiny amount of free lorazepam is consistent with the theory that he took lorazepam orally.”

Flanagan quizzed White on whether the drugs Murray admitted to giving Jackson in his police interview – small injections of two sedatives and a half dose of Propofol – could have caused the singer’s passing, asking: “Would this present a dangerous situation here?”

White also claimed the level of Propofol found in Jackson’s urine at his autopsy was consistent with his opinion that MJ gave himself the drug.

He also claimed he had been presented with no evidence that supported the prosecution’s claims Murray had been administering Jackson with Propofol via an IV drip at the star’s rented Los Angeles mansion.

During his testimony for the prosecution, Shafer argued the blood levels of Propofol in Jackson’s system did not support the defense’s self-injection theory.

Superior Court Judge Michael Pastor has recessed the case – which has been running for five weeks – until Monday when the cross-examination of Dr. White, the defense’s final witness, will continue.