BY Roberta Ferguson on May 6, 2011 | Comments: Leave Comments
Related : Dwayne 'The Rock' Johnson 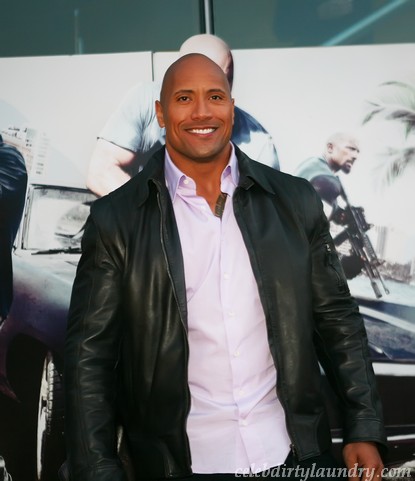 Dwayne “The Rock” Johnson can now count himself among the celebrity list of people who have been victims of death hoaxes. Celebrities that have been targeted include Lindsay Lohan, Miley Cyrus, Jeff Goldblum, Justin Bieber and many countless others.

So how does The Rock handle these rumors? With a foot up someone’s butt, that’s how!

Reportedly, the Fast Five actor fell over sixty feet to his death. He was said to be filming a new movie at the Kauri Cliffs in New Zealand when the incident was said to have occurred.

He’s not one to take this kind of thing lightly, either. Upon learning that his rumored death was a trending topic, he tweeted, “I would love to meet the person who is starting rumors of my death – to show them how a dead foot feels up their a**.”

Now that, I would pay to see!