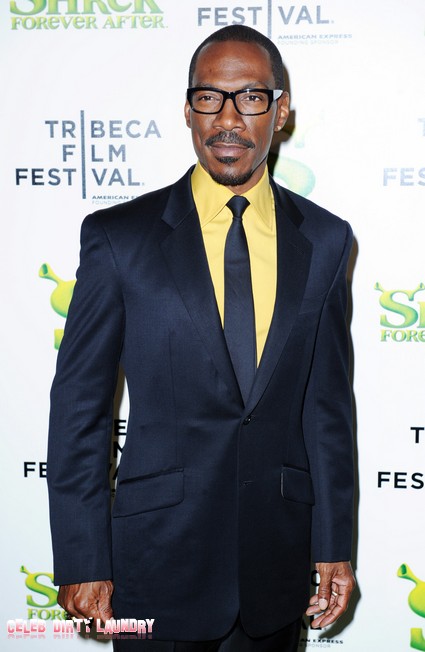 Eddie Murphy is a sober guy himself but he is expected to star in a biopic about the scandalous crack-smoking whore-mongering Washington D.C. mayor, Marion Barry.

Murphy – who recently stepped down from hosting the Oscars – is being attached to what will be a family friendly film about a civil rights activist and politician, in development by Spike Lee. Talk about rewriting history to make a bum into a hero – what a joke!

Barry, a former Eagle Scout, served as mayor of Washington D.C. between 1979 and 1991 and became hugely controversial when he was videotaped smoking crack cocaine in 1990 with a former model (prostitute), which led to his serving a six month jail term. However, this didn’t irreparably damage his career and he was re-elected in 1995 and served as mayor for a second time until 1999. Americans also re-elected Bill Clinton after Monica Lewinsky so why not Barry?

The script is being written by John Ridley, who previously worked on ‘Three Kings’ and is helming Steve McQueen’s next project ‘Twelve Years a Slave’. He, Eddie and Spike will all be executive producers.

Journalists Harry Jaffe and Tom Sherwood have been hired as consultants for the project, and their 1994 book ‘Dream City’ is being used a source material, as well as 2009 documentary ‘The Nine Lives of Marion Barry.’

Sherwood has said of the project: “It wouldn’t just be a caricature of Barry. It would be a real serious look at him.”

Almost 10 years ago, HBO also bought the rights to ‘Dream City’ for a different project, which had Jamie Foxx and Chris Rock attached, although it never materialized.

Marion is still involved in politics as a member of the Washington D.C. council, representing one of its poorest wards.