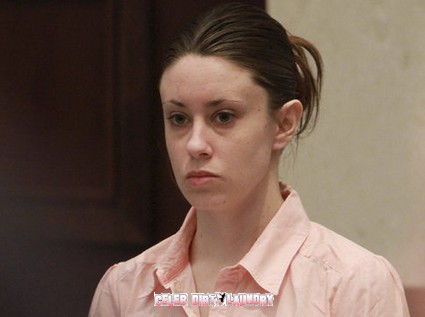 Casey Anthony does not want to return to Orlando because her attorneys feel that the murder mom will be at great risk of violence if she is forced to live in the state where her daughter Caylee Anthony died.

Now she will not have to return to Orlando today to meet with her probation officer for a check fraud conviction – since on Wednesday a judge reversed an earlier order requiring Anthony to come back to Orlando by 10am Thursday.

Instead, the judge ruled that Anthony will not have to start serving her probation until an emergency hearing on Friday can address complaints from Anthony’s attorneys about her probation.

Anthony’s defense team maintains that she completed her one-year probation for a check-fraud conviction while she sat in jail for nearly three years awaiting trial for the murder of Caylee.

Her attorneys are probably correct when they say that making the murder mom return to the Orlando area, the scene of her highly publicized and highly charged trial, would put her “in great peril.”

In January 2010 Anthony was convicted of felony check fraud charges after she admitted stealing a checkbook from a friend and writing five checks totaling $644.25.

If Anthony is again ordered to return to Orlando to serve one year of supervised probation, the court orders will be explained to her to “make sure that she understands them and knows what her responsibility is as an offender,” according to a court spokesperson.

Her address will be taken, a rapid identification check will be performed and her photograph will be taken, the spokesman added.
After Anthony’s release from jail on July 17, she disappeared from public view; the first authentic photos of her – shopping in Ohio this past weekend – surfaced on the web this past Monday.

Probation should to be served in society where one’s ability to obey the law can be monitored. The time Casey spent in jail should definitely not count for probation since she couldn’t very well have committed check fraud wile incarcerated – her behavior in jail is not an indicator of her ability to behave on the outside.