Emily Maynard and Brad Womack Call Off Their Engagement 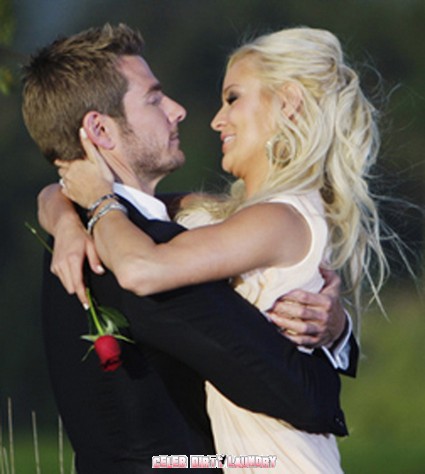 In breaking news that you would have never, ever guessed, another Bachelor couple has called it quits. Absolutely shocking, I know. Emily Maynard and Brad Womack, who got engaged on the season finale of The Bachelor in March 2010, have announced their split.

“We’re no longer engaged,” Maynard said. She just finished taping an exclusive interview which will air during the July 11th episode of this season’s The Bachelorette.

Just a few months ago, Maynard admitted that it was difficult watching The Bachelor pan out on television, watching her fiancé be affectionate with other women. “Though we are madly in love, it has been a bumpy couple of months for us,” she said.

Even Bachelor host, Chris Harrison, chimed in about the couple’s rocky relationship on the Ryan Seacrest show. “It’s been extremely hard. They’ve had some knock-down, drag out fights.”

Womack, who refused to participate in an on-screen interview with Maynard, admitted that he is solely to blame for the demise of their relationship. “Just because we love each other doesn’t mean we’re right for each other,” he admitted.

Emily hopes by breaking this silence and coming clean about her break-up, the paparazzi will give her the privacy she needs.