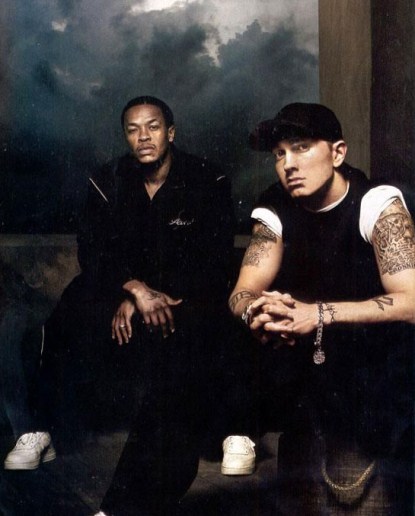 It has been ten years since Dr. Dre released an album and it is finally going to be released we have a leaked single from the album Detox which is called “I Need A Doctor”.   The song features Eminem.  We managed to grab a copy – listen to the song below it is classic Eminem and Dr. Dre and it is a certain megahit!

Eminem has been known to work with Dr. Dre  in the past, collaborating on a number of musical projects together.  “I Need a Doctor” which was written by Skylar Grey and has Alex da Kid as producer (the same person who worked on the Eminem song “Love the Way You Lie”

Dr. Dre has started filming the music video for the new single titled “I Need a Doctor” and the set is in Los Angeles.  Eminem has been seen around the set.    Detox is the upcoming third and final studio album by Dr. Dre.  What do you think about the song?  It is not going to be released until February 1st, 2011.