Emma Watson Having Romance Troubles–Vote On Who She Should Date Below! 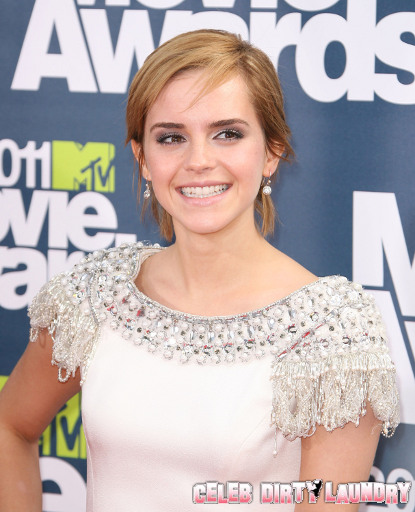 Emma Watson, most famous for playing Hermione Granger in the wildly successful (duh! duh! duh!) Harry Potter films, has said that she wasn’t bullied while attending Brown University. In fact, she says she wasn’t asked for an autograph once while she attended school. I suppose I should take my hat off to those Brown kids, because I definitely wouldn’t have been able to remain as classy. I probably would have chased her (in a non creepy way) across that ivy-laced campus until she signed my notebook/binder/backpack/forehead/all of the above.

Emma Watson thought she could conjure a little normalcy if she attended school, but the truth of the matter — as she quickly realized — is is that when you’re a megastar, sometimes normalcy can be a hard thing to find. Watson comments on the recent rumors that have been surrounding her in an interview with the Huffington Post:

“It made me so sad when all this stuff came out that I left Brown because I was being bullied. It made no sense at all. Brown has been the opposite. I’ve never even been asked for an autograph on campus. I threw a party for nearly 100 students and not a single person put a photo on Facebook,” she told the paper. “Anyway, even if I was being given a hard time, I wasn’t going to wuss out of university because someone said ‘Wingardium leviosa’ to me in a corridor, or ‘Ten points for Gryffindor.’ I’ve been dealing with the media since I was nine. If I can’t stand up to a few people giving me a hard time, it’s a bit pathetic, really. I’ve had so much worse.”

Way to go, girl! I actually believe this celebrity’s words for some reason (perhaps it’s just my tendency to always agree with what Hermione Granger says). Emma Watson also mentioned that her dating life isn’t going as well as she’d like it to be going at the moment.

I say to my friends, ‘Why hasn’t X called me? Why doesn’t anyone ever pursue me?’ They’re like, ‘Probably because they’re intimidated.’ It must be the fame wall,” she said. “It must be the circus that goes around me. Me, as a person, I find it hard to believe I would be intimidating.

Aw, I feel so bad for her! Emma, why don’t you pay CDL a visit and we can help get you hooked up with someone special. Look, we’ll even start the poll right now for you. Faithful CDL readers, Emma and I need your help. . .