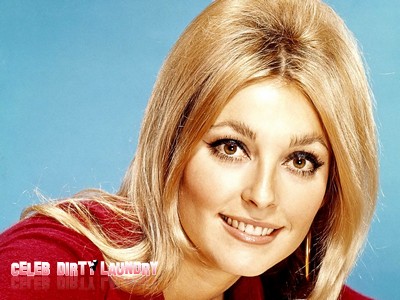 Sharon Tate was one of the victim’s of Charles Manson and his ‘family’ during his ‘Helter Skelter’ murder phase. Sharon was eight and a half months pregnant when she and her unborn child were murdered in her home, along with four others, by Manson’s acolytes. Sharon was married to Roman Polanski at the time.

If this doesn’t faze you, then you can attempt to purchase Sharon’s engagement ring, the one she was wearing when she was stabbed to death by the Manson Family at auction.

The ring has a reserve price of $10,000 and hits the auction block on November 30th at GottaHaveRockandRoll.com … along with a ton of other Hollywood and music memorabilia, including one of Madonna’s bustiers and Justin Bieber’s Super Bowl commercial jacket.

TMZ reports:  According to the auction house, Sharon’s husband — director Roman Polanski — removed the ring from her finger when he was identifying her body at the morgue. He proposed to her with it in 1967.

I don’t know about you – but I would not be buying that ring in order to propose to my loved one – would you?