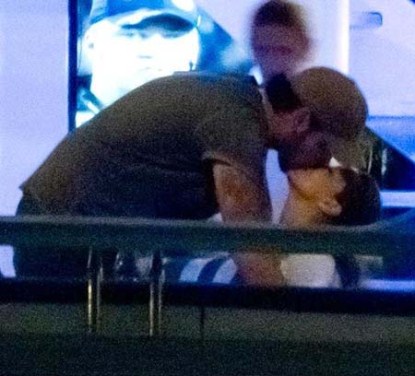 In the April issue of Allure magazine, Desperate Housewives star, Eva Longoria finally opens up about her split from now ex-husband,  San Antonio Spurs player, Tony Parker.  The stunning actress admits that thinking or talking about the hurtful breakup “makes her want to cry”, but she’s trying to make the transition as “gracefully as possible, and without and drama”.

Girl, if you’re looking for ‘no drama’, then dating Penelope Cruz’ younger brother (10 years younger than Longoria I might add) Eduardo Cruz might not be the best way to go about it.  With that being said, after ‘allegedly’ being cheated on by her less than faithful hubby – let the girl have some fun!  Penelope’s little bro isn’t too hard on the eyes, and if he’s the one to pull her out of her ‘sad times’, then I say go for it!