Exclusive Interview With Barry Southgate: ‘Whatever Dream You’ve Got, Work Hard And Go For It!’ 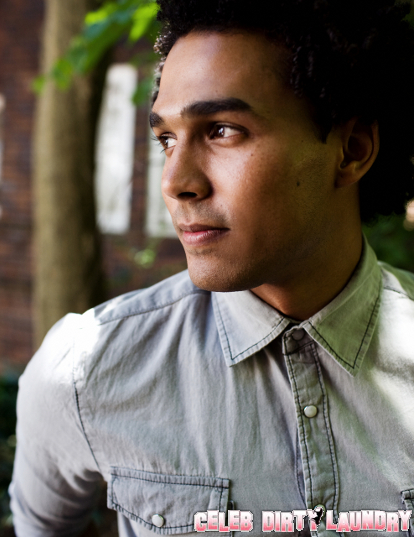 The music scene is always ebbing and flowing with new talent, and every once in a while one stumbles across a song that urges them to stop and take a contemplative listening-to. CDL  had the pleasure of chatting with up-and-coming R&B singer/songwriter Barry Southgate, whose style is energetic, honest, soulful, and has been likened to those of Jason Mraz and Bruno Mars.

Southgate is a South African native, but early on in his childhood relocated to New Zealand, where he spent most of his teenage years surrounded by a music-loving family and rich culture, both of which–undoubtedly–have impacted the sound of his music. With his new EP, Epitome, now available on iTunes and his knack for fusing feelgood beats with soulful, down-to-earth vocals, I think Mr. Southgate will be able to carve out a permanent spot for himself in this crazy-tastic Celeb World of ours in no time. Perhaps we could all help him get his song Don’t You Think? to a #1 iTunes download? (I think he might love you for that).

Check out the interview below. I’ve included both the question and the responses–smiley emoticons and all. By the way, if you’re a celeb out there wanting to do an interview with us, please know right up front that I appreciate ANYONE who is awesome enough to use a few winky faces and smileys :) ;)

CDL: I truly enjoyed your new song Don’t You Think, which is now available on iTunes. Many people have described your unique sound as something that resembles that of Bruno Mars or Jason Mraz. What or who do you consider to be your greatest muse? Your greatest influence?

Southgate: Thanks, glad you enjoy the song!  A few people have made those comparisons, which is flattering, I love both of those guys’ music.  My greatest influence?  Hmmm…  It probably sounds boring, but I’d say just life in general.  Sometimes a song comes after a tough, intense situation, other times a song can hit randomly while I’m doing stuff like laundry (haha…).  Hey, it’s happened!

Not only are you a talented singer/songwriter, you’re also a person who’s committed to initiating global change. Whether it “be [with] a smile, a word of encouragement, financial help during a tough time, or a gift,” you say people should strive to propagate change through whatever means they feel most passionate about. Can you tell us a little more about The BCS Movement, and its goals for the future?

One day I was playing around with my initials & thought, “How can I use these as an acronym for something more than just my name..?”.  I came up with ‘Bring Change Somewhere’.  It’s about bringing change where you are, no matter how big or small.  Everyone’s platform may be different, but they’re actually all equally important, you know?  One day I’d love to see it become like a trust of some kind, something that can help fund a whole bunch of different initiatives.

On September 15th you participated in R U OK? Day, a national day in Australia that aims to prevent suicide by encouraging citizens to reach out and connect with one another. It’s amazing how big of a difference a simple R You OK? can make in a person’s life. What was the experience like for you, as an ambassador for the initiative?

First off, you’re right how big a difference asking someone something that simple can make.  It was pretty eye-opening…  Lots of people would say they’re OK, which is great, but there were also others who actually weren’t OK at all.  Like, [for example], this man walked up to me saying how he hadn’t seen his son in years, that he wasn’t legally allowed to.  That he was also struggling so much financially & just felt hopeless.  When you’re faced with a real situation like that, you can easily be like, “Man…  How could I possibly help this person?”.  But you learn really quickly to just meet people where they’re at.  And if you don’t have the answers, [you learn to] point them [in the direction] of someone who does.

Can you tell people a little bit about your upcoming concert dates, or where they might be able to find you in the coming months?

Well, the one I’m excited about most right now is this Thursday night actually.  I’ll be supporting US R&B/Soul singer, Eric Benet, in his first ever Sydney show.  Glad about it!  For any other dates, just visit my website: www.barrysouthgate.com.

What do you consider to be the turning point in your artistic/creative journey? Is there a particular moment in your life that is exceptionally vivid, one you’ll never be able to forget as you travel down the artist’s path?

Wow…  There are a few.  Singing for the Pope (in front of a televised audience of half a billion people) was a huge vivid memory I’ll never forget.  But more recently, I have to say touring Australia with Brian McKnight.  There’s the obvious good stuff, like opening for him & watching him sing every night.  But it was more about [just being able to] connect personally with someone I looked up to for so long, who played such a big part in shaping me as a singer, you know?  It really was an amazing experience and a defining moment for me in a lot of ways.

This might seem odd, but I’d like to know your favorite Skittle color. You’d be surprised how much I can tell from a celeb’s fave Skittle flavor. I might just be able to reveal your entire future in this crazy Celeb World of ours. . .

Haha that’s hilarious!  I like the yellow & red ones the most :)

Post-interview Celeb-Skittle Analysis: Crazy passionate (red) about art form, dedicated, and will do whatever it takes to move forward–all while exhibiting extreme class (yellow), sincerity, levelheadedness, and tact. FYI: this is a spectacular Skittle combo for a celeb. This is someone who’s in it for the long term.

Okay, now that I’ve allowed myself to get sidetracked, let’s return to the realms of seriousness. Your EP Epitome was released on September 22. For those who don’t know much about the project, would you like to tell us all a little more about it?

Sure thing.  This EP is like taking five quick shots of me, hence the title.  It was produced [in a] super organic fashion, with live musicians playing on it, something I always wanted to try.  It’s interesting, a lot of older influences came back when I made this record, people like Michael Jackson, Richard Marx…  A real eclectic vibe, ’cause of what I grew up with.  I’d describe the overall vibe as universal, feel-good Pop/Soul.  Hope you guys like it!

At first it was tough moving from South Africa to New Zealand, with the culture shock & all.  But man…  Those were some of the best days ever.  I come from a pretty mixed background (dad’s got African/English heritage, mom’s got German/Indonesian), so the music played in our house was kinda like that too, really diverse.  You’d have Stevie Wonder & Lionel Richie blasting one moment, then Chicago & The Carpenters the next…  It was cool.  Being around so many different styles definitely helped shape what I do, ’cause it gave me an eclectic love of music – period.  Not just one style.

Songwriting for many musicians is a cathartic release, a way to capture their emotions through lyric and song. When did you write your first song, and what was that experience like for you? Do you continue to write all your songs?

It’s totally cathartic, yeah.  Growing up, I’d always get these melodies in my head, but I wrote my first actual song when I was 16.  Still remember that day. I was in computer class at the time, supposed to be doing schoolwork (haha…).  And it was like I’d just made this amazing discovery or something!  That you can create something out of nothing…  There’s really nothing like it.  I write my own songs & I write for other artists too.  And that’s also fun, ’cause not every song you write is for you, but you always have this musical outlet.  I really love it.

Everyone has dreams, whether big or small, grandiose or reasonable. What are your dreams? What do you hope to accomplish five, ten, fifteen years down the road?

Tough question.  So much I’d love to achieve…  I’d love to be doing what I’m doing, but on a way bigger scale.  Music, movies, books…  Using my platform to help other people along the way.  And when I’m older & my time in the spotlight is up, I wanna still keep writing, but mainly stay home & spend time with family.  I’d like to leave behind something great for them.  Something that outlasts my future kids’ lives & even their kids’.  I hope!

One thing people might not realize about you upon first meeting you?

Nothing serious right now.  My music ;)

All of us here at CelebDirtyLaundry (including our readers) sincerely appreciate you taking the time to chat with us. We wish you the best of luck with your music career and other artistic endeavors! If you’d like to tell people anything else we’d love to help you tell them! Any last burning thoughts you’d like to get off your chest?

Thanks so much for having me, it’s been a real pleasure :)…  Yeah, I’d like to say thanks to everyone who supports me and my music, it means so much.  Would love to keep in touch with you guys, so please come hang with me here: www.facebook.com/BarrySouthgateOfficial.  And last thing…  Whatever dream you’ve got, work really hard and just go for it!  Much love ;)…  B