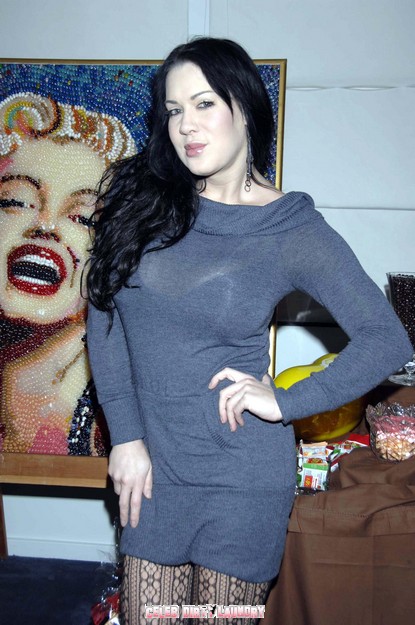 Chyna has a new video and if she has her way it will not be her last.  Chyna said she wants to keep the ball rolling and make videos into her full time career.   She already has a video release made with wrestler Sean Waltman that sold over 100,000 copies.

Chyna – who was born Joan Marie Laurer almost 31 years ago has had a working career that has seen her go to professional wrestling.

A former bodybuilding steroid freak Chyna, has long suffered from very serious substance abuse problems – appearing on Dr. Drew and winding up in hospital emergency as recently as 2010 for an overdose.

Chyna has approached Vivid Entertainment boss Steven Hirsch and informed him that she’s interested in a multi-tape deal -she’s ready to start shooting ASAP.  “I would definitely like to do more, ” Chyna says … “It gives me motivation again. I want to be better and happier than ever … that’s the point, right?”