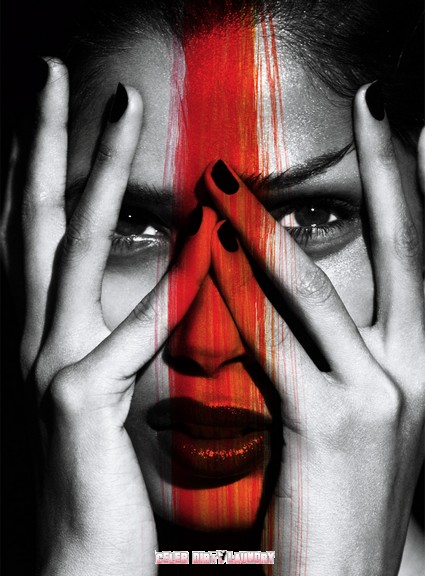 Any actor in the industry knows how hard the auditioning process can be – including the beautiful and talented Freida Pinto.  The Slumdog Millionaire actress opens up in Interview magazine’s latest issue, saying it was hard being rejected at almost every audition she went for.  In fact, the 26 year old was once told that she didn’t “look too Indian.”  Whatever that means.

What a wild ride getting cast in Slumdog, the movie became a huge success and jump-started Freida’s career. She also found comfort with fellow cast mate Dev Patel.

“I just think it was both of us sitting in the same boat. For both Dev and me, Slumdog was our first film, and it became so massive that you had to preserve and protect what you had before, that innocence, without getting sucked in. And who better to do it with than someone who knows what you’re thinking? Dev had never done a talk show before—his first was [Late Show With] David Letterman – and he said to me, ‘You have to come with me and give me moral support.’ So it was very much a case of being there for my friend. Nothing we did was planned.   We were making a lot of mistakes, but we were together, and most of the time our mistakes were looked on as, ‘Oh my god, that’s so cute.”

Cute indeed!!! And sounds like a nice way to fall for someone. I’m glad that both her and Dev’s talents were realized, because not only is SD one of my favorite movies, they are both two of my favorite actors. Not to mention ridiculously good looking!

Freida will next be seen in The Immortals Kellan Lutz, Henry Cavill, and Stephen Dorff.