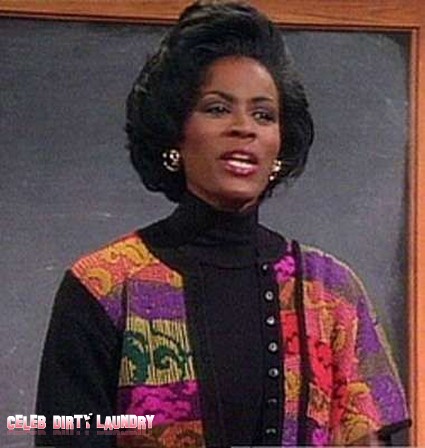 Janet Hubert played Aunt Viv on The Fresh Prince of Bel Air but she missed out on the recent reunion dinner for much of the cast. And know we know why as Janet has come right out and called Will Smith an asshole.

Janet didn’t mince words telling TMZ that there’s a damn good reason she wasn’t at the reunion dinner with the rest of the Banks family and it couldn’t be simpler – she hates Will Smith.

Although it’s been 15 years since the show went off the air Janet’s still burns a bad fire for Smith – telling TMZ she’s still upset with the way she was fired from the show and blames the whole thing on Smith himself saying:  “There will never be a reunion – as I will never do anything with an “a**hole like Will Smith.”

According to TMZ Janet went on:  “He is still an egomaniac and has not grown up. This constant reunion thing will never ever happen in my lifetime unless there is an apology, which he doesn’t know the word.  Janet has said in the past she believes Smith is to blame for her departure in the middle of the show’s run — claiming he turned on her because she wouldn’t kiss his butt.”

Smith claims that Janet was just a hater because of his rapid rise to stardom – she’s just jealous, according to the Fresh Prince himself. Smith told an Atlanta radio station Janet simply had a bad attitude which played a major role in her demise.

Smith told the radio station, “[Hubert] said once, ‘I’ve been in the business for 10 years and this snotty-nosed punk comes along and gets a show.’ No matter what, to her I’m just the AntiChrist.”

Smith has lots of friends in Scientology and has been linked to the cult – so perhaps Janet better be careful about what she says.