Gene Hackman Reduced To Panic Over Fear Of Prostate Cancer 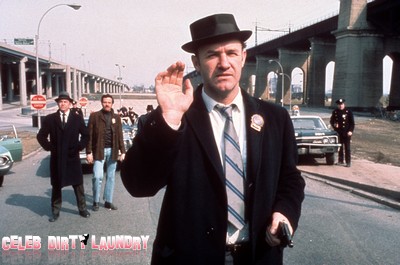 Gene Hackman was on the verge of hysteria as he panicked when doctors told him needed emergency prostate surgery. The legendary Oscar winner who has often portrayed the toughtest of tough guys was reduced to quivvering fear when he learned that he might have prostate cancer.

According to an inside source for the National Enquirer: “Gene’s first thought was cancer because enlarge­ment of the prostate and prostate cancer have similar symp­toms,” revealed an insider.  “He was experienc­ing pain and having trouble with urine flow – and he was gripped with fear.”

But the “FrenchConnection” star heaved a huge sigh of relief, said the source, when his doctor told him that his prostate was cancer-free.

In late October, the retired actor underwent laser surgery for the problem in Santa Fe, N.M., where he lives with his second wife, Betsy.

“Gene was in the hospital for less than 24 hours before he was released to go home,” the source divulged.

While the “Unforgiven” star’s publicist did not reply to a request for comment, Hackman is well on the road to recovery, said the source.

“In spite of complaining of soreness, Gene is in good spirits and feeling much better since the surgery,” the source noted.

“Prostate cancer is always at the back of his mind, but for now Gene’s happily back to working on his second careers as an artist and novelist. He’s even considering doing one last film.”

We wish Gene a speedy and complete recovery.