George & Cindy Anthony To Give First Interview To Dr. Phil 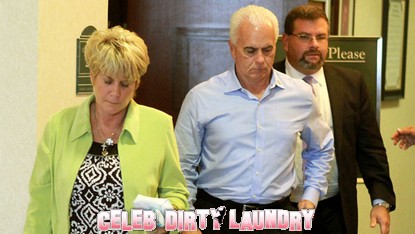 Acquitted “murder mom” Casey Anthony isn’t yet talking to the media about her situation, but her parents are! CelebDirtyLaundry has learned that George and Cindy Anthony will be giving their first interview to Dr. Phil on September 12th.

The good thing about the interview is that they seem to just want to get their story out there. They’re not getting paid, however, Dr. Phil is making a donation to their charity for little Caylee.

They are set to appear on the season premiere of the show and Phil says he’s not going to ask any puff questions. He said in a statement, “Cindy and George have suffered a horrific loss with the untimely death of their granddaughter Caylee, and they have since endured an unprecedented public attack on their family. Have these attacks been warranted, or not? I looked them straight in the eye and asked some very tough questions. Nothing is off limits during this interview.”

He went on to say, “The couple will derive no income from Caylee’s Fund”, adding that the charity is “intending to focus on promoting processes to educate the public about — and advocate for grandparents’ rights.”

Cindy Anthony also released a statement, adding, “We knew that we’d want to speak at some point and we figured there was no better place than with Dr. Phil. We are hoping that by doing this interview, we will be able to help other people who may be experiencing struggles of their own. We certainly don’t want anyone to experience what we have these last three years.”