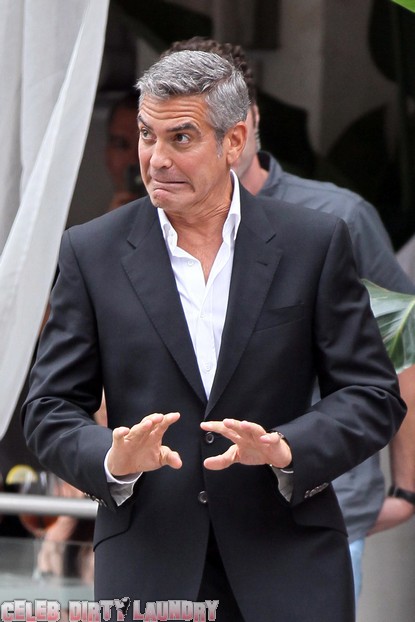 There’s a story making the rounds that Elisabetta Canalis sent her ex-boyfriend, George Clooney, some angry text messages after the broke up. Reportedly, she was miffed that he’s dating his newest flavor of the month, Stacy Keibler.

The story first made its appearance in the pages of the latest issue of Us Weekly. George rarely comments on his personal relationships, but he has broken his rule in defense of Elisabetta.

The report states that Elisabetta sent him a series of angry text messages once she learned that he was dating Stacy. George has issued a statement to the contrary, saying that the story “was completely fabricated in order to sell magazines. I never comment on my personal life unless it affects others…and this lie affects others.”

To Us Weekly, he said, “Since I would be the only actual witness, I ask you to correct your story immediately, but that would assume you cared at all about telling the truth.”

I believe him. I don’t think that he would issue a statement like that unless he was sure he was right. Do you? I mean, he would know if he got some crazy ex-girlfriend texts, right? What do you think?