George Clooney Is An Immature Prankster According To Don Cheadle 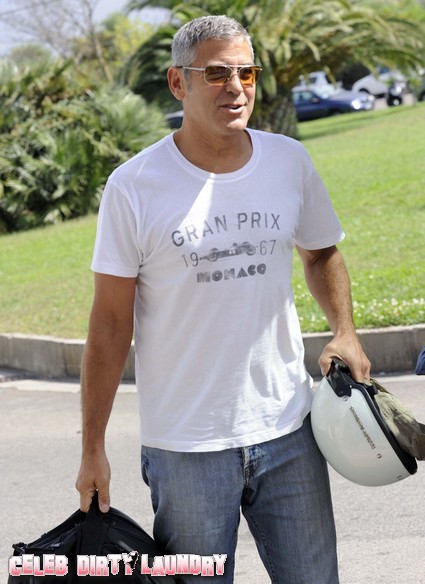 George Clooney might be 50 years old but he still has the playfulness of an 11-year-old, according to his co-star, Don Cheadle.  Don, who starred alongside the Hollywood hunk in the ‘Ocean’s’ franchise, explained the star once put an outrageous bumper sticker on Brad Pitt‘s car while they were filming the movie.

He explained: “He put a bumper stick on Brad Pitt’s car that Brad couldn’t see, reading, ‘Honk if you love c**k! Clooney is 11 years old.”

Don claims that he had a special arrangement with George: “He and I have always respectfully agreed not to do that sort of thing to one another.

Despite the pair having “respectfully agreed” not to pull pranks on each other, Don admitted he had been the butt of one of George’s jokes.