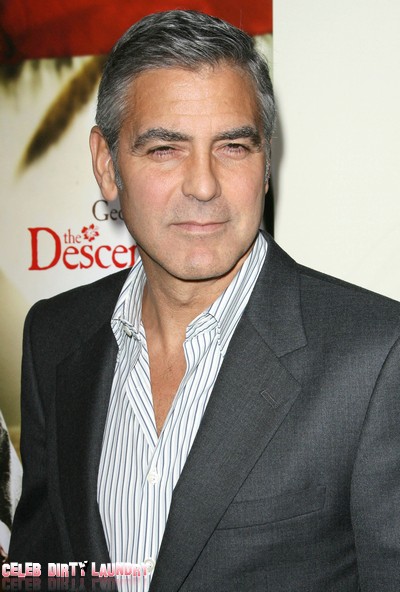 What can you say about a millionaire adult who thinks farting is hilarious? Not much, right? Well George Clooney says that he made other cast members laugh hysterically on the set of ‘The Descendants’ by making fart noises.

George thinks he is famous for his love and use of practical jokes but he was stymied and had to tone down his humour because the 10-year-old actress, Amara Miller, was on set, his co-star Shailene Woodley says.

So 50-year-old George had to revert to more childish pranks to get a laugh and he was happy to do it.

Woodley is quoted by AbsoluteNow.com as saying: “We didn’t get any infamous George Clooney pranks, because it was a very family based environment because we had a 10-year-old on set. But we did get a lot of the fart application on the phone. George loves that.”

Meanwhile, George was not heard farting last night when he attended the premiere of ‘The Descendants’ at the AMPAS Samuel Goldwyn Theater on in Beverly Hills, California, with his girlfriend Stacey Kiebler.

As he walked the red carpet with the former WWE wrestler, George said he hoped that Brad Pitt was not serious earlier this week when he said that he plans to quit acting in three years.

George said: “I hope he doesn’t. I’d like to work with him again. I sort of don’t see it happening. He’s at the peak of his career.” What do you expect George to say?

Of course he’d really like Pitt to quit – more roles and more money for him. Besides, Angelina doesn’t appreciate George’s fart jokes.