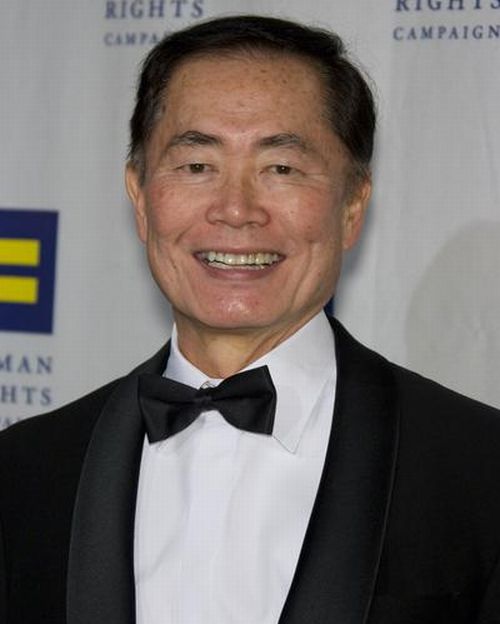 One of the hardest questions to ever be asked if you are a nerd, Star Wars or Star Trek? This war between the two sci-fi series has been going on for a long time, but I really can’t blame people. Both series have their own loveable heroes and interesting stories of space travel. But then the war took a turn for the worse, two stars of each of the popular series started insulting the shows.

William Shatner and Carrie Fisher were recently sending videos back and forth insulting each other’s series, to read the full story, click HERE.

Well, here comes George Takei, aka Lt. Sulu from Star Trek to the rescue “Gone is any sense of heroism, camaraderie, or epic battle, in its place we have vampires that sparkle and mope and go to high school.” Following with “But Sci-Fi fans be warned, there are no great stories, characters, or profound life lessons to be had in Twilight. In Twilight, the only message that rings out loud and clear is ‘Does my boyfriend like me?'”

I couldn’t believe it after I heard these words, George Takei has possibly said the most inspiring and real words I’ve heard all year. Why should sci-fi fans hate on each others series? Both are masterpieces in their own way.

Now Twilight, that very series which destroyed our childhood’s view on vampires, that is the real threat of man kind. Fans of Star Wars and Star Trek should be able to coexist and band together in this time of need to slay this very enemy that is hasting the destruction of our brain cells!

The greatest part of the video is the words Takei ended it with, “So Star Friends let us all just live and let live prosperously, and may the force be with you always.”

I can’t tell you how much of a geek attack I had at those words, Takei has done the world of nerds proud.