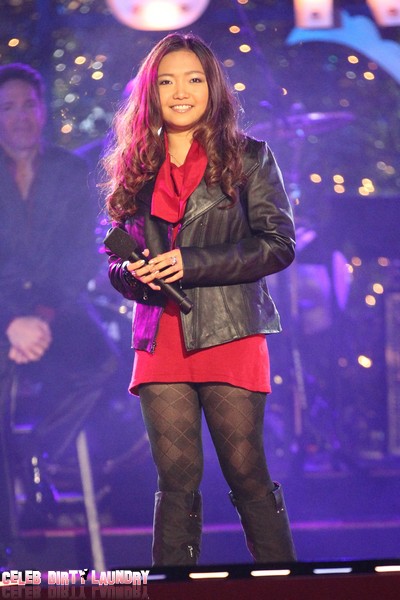 Tragic news for Charice Pempengco of the TV show Glee as her estranged father was stabbed to death in her hometown in the Philippines, forcing her to pull out of a concert in Singapore.

Charice’s statement: “I am not going to be there to be part of David Foster and Friends concert,” she said in a post on Tuesday on Twitter. “I have to go back to the Philippines as soon as possible to be with my family.”

Charice’s dad was 40-year-old construction worker Ricky Pempengco, had been at a small grocery store in the San Pedro township south of Manila late on Monday when he brushed against a drunk man who became angry and stabbed him with an ice pick in the chest and back, according to the Laguna province police chief, Gilbert Cruz.

A manhunt has been launched for the suspect, with a 20,000 pesos ($500) reward for information leading to his arrest. Chief Cruz said the killing appeared random and there was no indication the suspect and victim had any prior grudges.

Charice had long been estranged from her father. Local media reported that Charice’s mother left him when Charice and her younger brother were still young children.