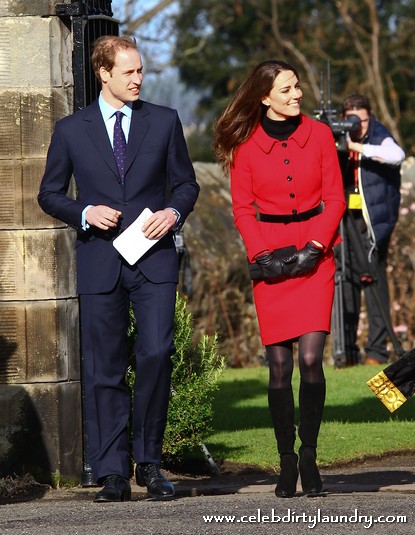 The official guest list for the royal wedding of Prince William, 28,  to Kate Middleton next week has been revealed.    The list includes many dignitaries but the list also shows Prince William is as comfortable with celebrities, as his mother Princess Diana was.  The official list and seating plan of those invited includes Guy Ritchie, Joss Stone, Elton John & David Furnish, Victoria and David Beckham,  ‘Mr Bean’ actor Rowan Atkinson, photographer Mario Testino and socialite Tara Palmer-Tomkinson.

Sarah Ferguson (Fergie, ex wife of Prince Andrew)  is not invited, although her two daughters Princesses Eugenie and Beatrice and her ex-husband Prince Andrew are attending.

Missing from the list is comedian Joan Rivers who is a friend of the Prince of Wales and the Duchess of Cornwall and attended their wedding reception in 2005.   I am guessing that Joan will not be seeing the funny side of being snubbed and the Royal couple may feel the brunt of joan’s acid-tongue in the future!