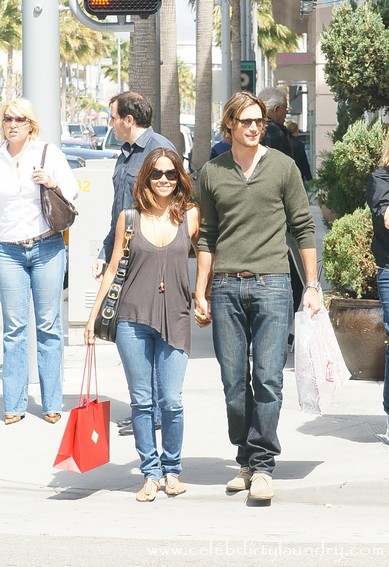 As the custody battle intensifies between Halle Berry and Gabriel Aubry their relationship has deteriorated even further with the couple no longer speaking to each other.  With all the bad mouthing both sides have been up to, especially Halle’s team, it is with pleasure that we view this cold war stage – no doubt much nicer for the child as well.

A source close to the situation says that Halle and Gabriel had been communicating with each other regarding the welfare of their two-and-a-half-year-old daughter, Nahla, until around a week ago when all talking ceased.

“If Gabriel needs to find out anything about Nahla he goes through the nanny now – He and Halle are no longer speaking directly to each other.  There were still talking, albeit in a limited fashion, up until a week or so ago, but now, nothing.”

A representative for Berry had no comment on the situation.  Halle and Gabriel have a court date scheduled for February 24. Another source said that “At present Gabriel has no established legal right to custody or visitation. That’s why he went to court in the first place, to establish his rights.”  The source added “Gabriel is concerned that Halle will request that all his visits with their daughter be supervised.”  “He’s absolutely heartbroken and mystified by the situation, he suspected things could get unpleasant and difficult between them if he pushed to establish his legal rights as Nahla’s father but he never thought it would come to this,” the source said.

Halle is also distraught – she is jealous of Gabriel’s girlfriends and she is thus exaggerating her concern for her daughter.  Her rep previously issued this statement: “Halle has serious concerns for her daughter’s well-being while in the care of her father for any extended period of time and is prepared to take all necessary steps to protect her.”  But this is all nonsense since Gabriel’s care of Nahla has never been an issue.

Halle is trying all the dirty tricks she can to hurt Gab – for example various reports have claimed that Gab used the ‘N’ word in describing Halle but there was no evidence to back this up and a source close to Gab strongly denies it.

In fact it looks like Gab has the hard evidence of abusive behaviour on Halle’s part – telephone message recordings and he’ll be bringing these to court where they belong – not out in the public hurting little Nahla – that’s the way Halle prefers to fight.

Hopefully all the evidience will come out cleanly in court and then the Judge can rule in Gab’s favor.