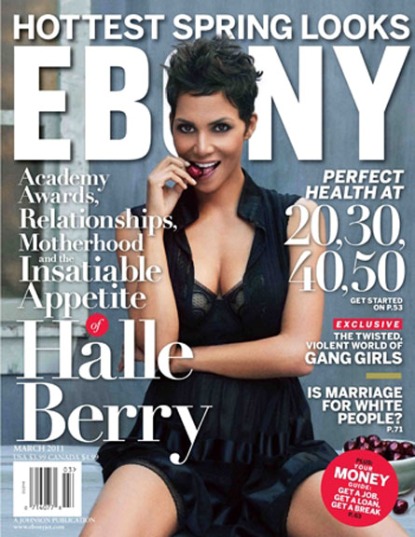 It has turned into an epic racially infused war between Halle Berry and her ex-boyfriend, Gabriel Aubry!

It was said that Gabriel has a conniption fit anytime a news source mentioned that their daughter is black. He reportedly demanded that Halle have a correction printed, stating that she’s white. Halle is sending a clear message, Nahla is black and that’s the end of it.

In a new interview for Ebony magazine, Halle said, “I feel she’s Black. I’m Black and I’m her mother, and I believe in the one-drop theory.”

The one-drop theory is a throw-back to the times of segregation in the U.S. People were considered Black if they had “one drop” of it in them.

Kudos to her for putting that fool in his place! Nahla has nothing to be ashamed of, she’s a beautiful girl! Instead of dissing that, he should embrace it.