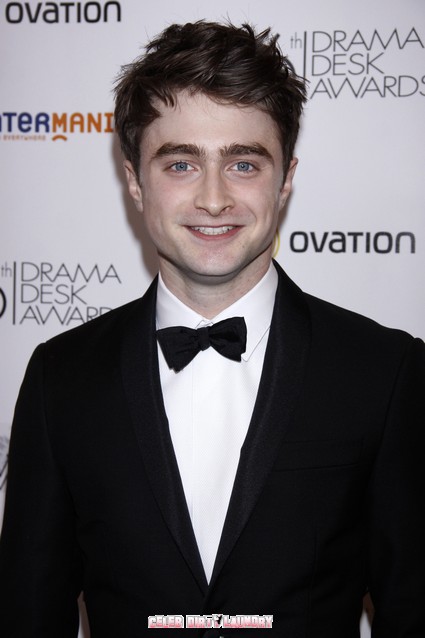 Daniel Radcliffe has enjoyed a relatively civilized evolution from child star to young adulthood playing the lead in all of the ‘Harry Potter’ movies.  But on the weekend it emerged that the pressures of fame made him so reliant on alcohol that he has opted to refrain from drinking all together and spends his evenings at home with his girlfriend rather than at parties.

Radcliffe said he became dependent on alcohol to enjoy himself after he turned 18 and was filming Harry Potter and The Half-Blood Prince. He said he became increasingly “complacent” about his job as he developed a thirst for whisky and partying.   Daniel said: ” became so reliant on [alcohol] to enjoy stuff. There were a few years there when I was just so enamoured with the idea of living some sort of famous person’s lifestyle that really isn’t suited to me.”

He said he was fortunate that the paparazzi failed to capture his drinking at it s worst. “I really got away with that because there were many instances when a shot like that could have been taken,” he said.

Realising he had to change his ways or face a dismal future, Daniel stopped drinking last August and has not touched a drop of alcohol since.  “I’m actually enjoying the fact I can have a relationship with my girlfriend where I’m really pleasant and I’m not ….ing up totally all the time,” he said.

He told GQ magazine: “As much as I would love to be a person that goes to parties and has a couple of drinks and has a nice time, that doesn’t work for me. I do that very unsuccessfully. I’d just rather sit at home and read, or talk to somebody that makes me laugh.” “There’s no shame in enjoying the quiet life. And that’s been the realisation of the past few years for me.”

Asked what advice he would give to his younger self, Radcliffe replied: “Don’t try too hard to be something you’re not.” Harry Potter and the Deathly Hallows: Part II, the last instalment in the franchise, is to be released this month.  Radcliffe said he felt “emotional, nostalgic, elated” that the series based on JK Rowling’s books was coming to an end.

Radcliffe was 11 when he was first cast as Harry. Now aged 21, he said it was his “personal crusade” to prove that child stars do not have to burn out.

“If I can make a career for myself after Potter, and it goes well, and is varied and with longevity, then that puts to bed the ‘child actors argument.’ If I can do it, in the biggest film franchise of all time, no other child actor who comes after will ever have to answer those same bloody questions.”

He said of his estimated $75 million fortune: “I don’t know what to do with it. I’m very fortunate to have it, and it gives you room to manoeuvre. But the main thing about having money is it means you don’t have to worry about it. And that for me is a lovely thing. It’s not for fast cars and hookers.”

Perhaps Charlie Sheen should spend some time with Daniel.