Has Prince Harry Found Himself A New Woman? 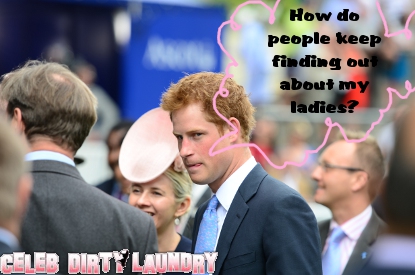 After Prince Harry attended the royal wedding of his cousin Zara Phillips, the almost red-headed royal thought he’d treat himself to a little vacation in Majorca. The big question now is . . . has the royal-celeb found himself a new lady friend?

PEOPLE Magazine reports that the prince has been keeping very close company with an unnamed, bikini-wearing lady, as well as an entourage of other close friends. He was spotted dining at a high class Italian restaurant on the southwest edge of the island.

“The small group sat on the terrace, which is very quiet and beautiful,” said the restaurant’s chef. “They had dinner, and then left quite early.”

This new rumor surfaces in the midst of an already percolating rumor regarding Prince Harry’s ties to Florence Brudenell-Bruce, his alleged girlfriend back in London.

“There’s  not much to say,” Florence commented on the rumors in June. Earlier that month, Harry was quoted with saying, “I’m one hundred percent single.” Ouch. Hope Ms. Brudenell didn’t think there was somethin’ special going on between them!

What do you think about Harry’s new mystery woman . . . or his love life in general?