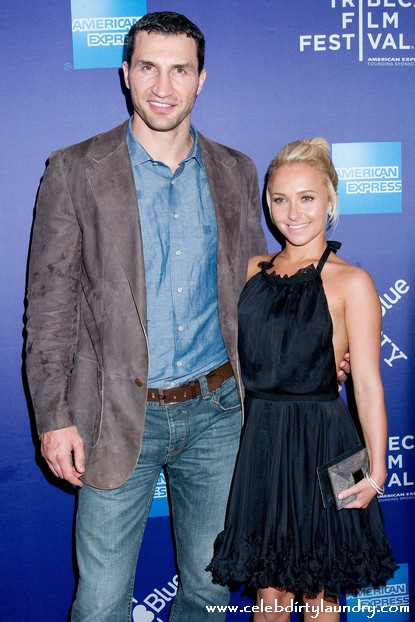 Hayden Panettiere and her boyfriend, Heavyweight boxing champion Wladimir Klitschko, have split up.  The actress and the heavyweight champion boxer have decided to end their 18-month romance because they couldn’t cope with the difficulties of conducting a long-distance relationship.

Hayden, 21, lives in the US, while 35-year-old Wladimir – who was raised in the Ukraine – is based out of Hamburg, Germany.

A statement from Hayden said: “While we decided to split, we feel great sympathy and respect for each other and will surely stay close friends.”

Wladimir added: “We had a great time together. But more and more we realized how difficult it is to maintain a relationship when living on two continents. I cherish Hayden as a person and woman. I’m sure we will stay friends.”

Wladimir – whose brother Vitali Klitschko is also a world champion boxer – is currently in training for his heavyweight title unification bout with British fighter David Haye which takes place at the Imtech Arena in Hamburg, Germany, on July 2.