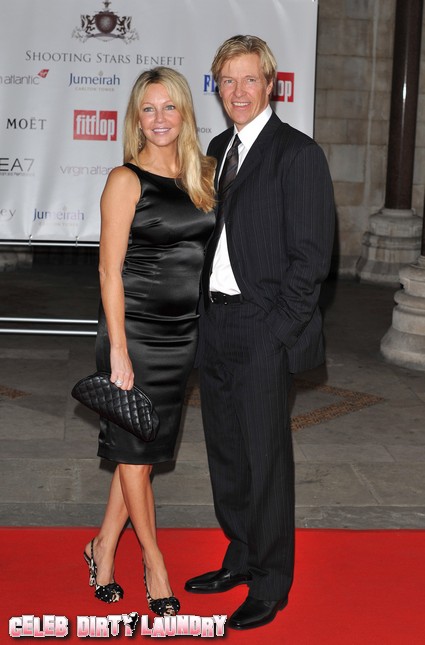 Melrose Place Heather Locklear, 49, got engaged to Bold and the Beautiful star Jack Wagner, 51.  This will be the third marriage for Heather she was previously married to Tommy Lee for seven years and then Bon Jovi’s Richie Sambora.  Bon Jovi is father to her daughter  Ava Sambora.  This will be the second marriage for Jack who was previously married to Kristina Wagner.  He is the father to two sons.

Heather and Jack have been dating since 2007 and a rep for E! confirmed: “Yes we can confirm Heather and Jack are engaged.”  Jack said on their relationship:  “We’re not rushing into anything – we’re really focusing on being good parents”.