Hell’s Kitchen Chef will be a New Father 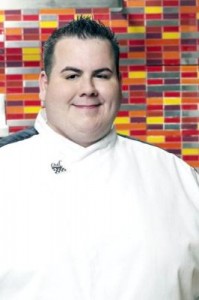 Celebrity Chef Robert Hesse whose best known for his two appearances on FOX’s hit reality series “Hell’s Kitchen” is excited to announce he will be a first time father.

Hesse and his Fiancée Laura Lexa are expecting their new bundle of joy on or around November 11, 2011.  This baby is Lexa’s second child and will be the younger brother or sister to Evy Lexa, Laura’s first child.

In addition to the baby, Hesse is finishing up his divorce and anxiously looks to marry his Fiancee Lexa on December 11, 2011.

“Just when you think you can’t find love, you meet that special someone and the whole game changes” says Hesse about Lexa.”

Hesse is excited to break the cycle he was born into being abused most of his childhood.