Herman Cain Decides To Drop Out Of The US Presidential Race 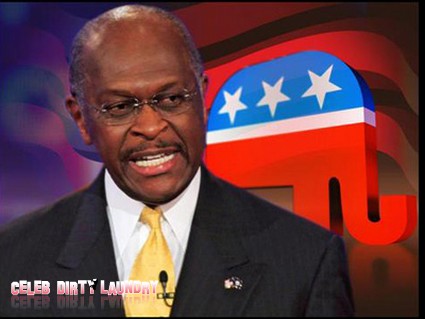 According to an inside source with direct contact to Herman Cain, the candidate for the Republican U.S. Presidential nomination, has decided to resign and is dropping out of the U.S. presidential race.

“Just got a call from Herman Cain, he is dropping out of race for President, he will announce tomorrow. He asked me to Thank All my guys at The Bodyguard Group for keeping him Safe & we are meeting him for a Bodyguards ONLY & Mr Cain dinner soon” – this is direct from the source who is none other than Kris Herzog.

We at Celeb Dirty Laundry have a long relationship with famous Hollywood bodyguard Kris Herzog of The Bodyguard Group.  Kris was right in the mix during Oksana Grigorieva‘s battle to fleece Mel Gibson. Chris famously claimed that Oksana bedded him while he was protecting her – later Kris switched sides in the dispute and supported Mel.  Kris has also written a book about his Hollywood experiences “My True Hollywood Story, by Kris Herzog.”

Herman Cain’s scandal sheet is getting longer all of the time and his resignation seems reasonable. Cain doesn’t have a skeleton in his closet, he has a whole graveyard… and all the ghosts seem to be coming out to haunt him.

Cain is battling allegations of infidelity and sexual harassment and was expected to announce Saturday in Atlanta whether he is continuing his bid for the Republican U.S. presidential nomination.

In remarks at a campaign stop in South Carolina, Cain gave no hint as to what his decision might be. He is to meet with his wife, Gloria, who has so far stood by her husband as he has tried to bear up under the deluge of sexual allegations from several women that have included groping and a 13-year secret affair.