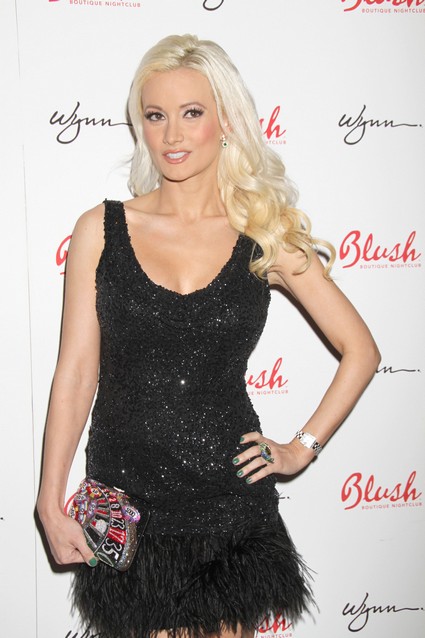 Holly Madison‘s breasts are insured for more than my house, seriously!  Lloyd’s of London insurance company issued the policy for Holly and her assets!  Now the obviously question is why?  Is she afraid that her implants will deflate?   They are easily replaceable at her friendly plastic surgeon.  Holly’s explanation is she did it to protect herself and others who appear in her Las Vegas production Peep Show.

People has more: “I’ve heard about people getting body parts insured and I thought, why not?, because if anything happened to my boobs, I’d be out for a few months and I’d probably be out a million dollars,” she said. “I thought I’d cover my assets.”

Holly appears topless in her show and she feels she has to protect what she feels are her cash cows.   Totally silly and obviously she just wants attention.  If she loses her boobies they are easily replaceable LOL…. Someone needs to tell Holly this obvious publicity stunt has been done by 20th Century Fox in the 40’s when they had Llyod’s of London insure each of Betty Grable‘s legs for $1 million.