Hope Solo Eliminated From DWTS – Was The Right Person Voted Out? 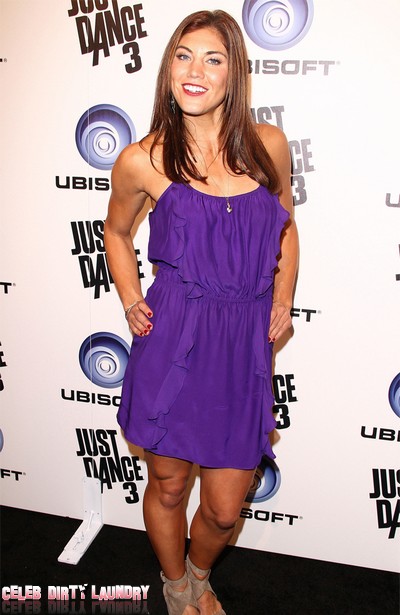 Last night soccer player Hope Solo, 30, left the ‘Dancing with the Stars’ ballroom after making it to the semi-finals.  Hope and her professional dance partner Maksim Chmerkovskiy clashed a few times with the judges during the season and on the semi-finals after their latest tussle they rewarded them by giving them low scores.  If you missed last night’s show you can read our recap here!

Hope has been beset with injuries during the ballroom series and described the competition as one of the hardest challenges she has ever undertook, and then vowed to focus her attention on the London Olympics in 2012.  She said: “This competition is one of the toughest competitions I’ve ever been a part of. Instead of trying to win a mirror-ball trophy, I’m going to try to win a gold medal this summer at the Olympics.”

Her professional partner Maksim Chmerkovskiy then added: “I’m sorry, I wish I could have done better for you. But it is what it is.”

Although I agree with Maks when he said the judges sometimes have favorites and they tailor their votes accordingly in this case Hope did not deserve to stay longer.  She was not as good a dancer as the other three competitors so the judges made the right choice.  What do you think did Hope deserve to go?   Sound out in the comments below!

Meanwhile my favorite Rob Kardashian admitted he was stunned to have made it through to next week’s final.  He said: “I never would have imagined this when I signed up for this, never in a million years.  I really just gotta bring it more than ever and that mirror-ball trophy is right at the end of my fingertips.”

Don’t forget to stop by and visit us next week when we will have the recap of the Dancing With The Stars Finale!