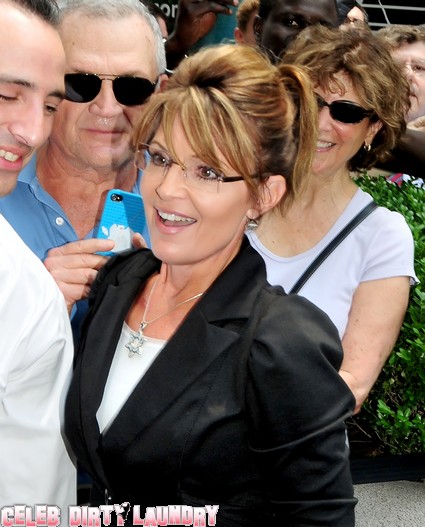 Director Nick Broomfield‘s ‘Sarah Palin: You Betcha!’ is a politically motivated ‘documentary’ with only one goal – to make Sarah Palin look horrid.

Whether you love or hate Sarah Palin, an objective view of her good and bad points is not what you will see if you watch this film. Broomfield’s film is no more of an unbiased documentary than the garbage produced by Michael Moore.

Director Nick Broomfield’s ‘Sarah Palin: You Betcha!’ is playing at the Toronto International Film Festival and portrays the former Alaska governor in a negative light using carefully selected interviews with family, including her parents, and former friends and associates.

Palin is shown as a woman known for ruthlessly firing people and holding spiteful grudges, leaving many Alaskans worried to talk about her for fear of reprisals.

Broomfield shows where he stands with the following statements made prior to the festival: I think that beneath the charisma, which she undoubtedly has, and her ability to engage with people, which she undoubtedly can do, there was a sense of fear about her vindictiveness, , that she would go to the ends of the earth once you became an enemy to vilify you.

Broomfield spent 10 weeks in the winter in Palin’s hometown of Wasilla, Alaska, where she was mayor before being elected governor and becoming Republican presidential contender John McCain’s running mate in 2008.

In Alaska, Broomfield interviewed Palin’s parents, along with supporters, former friends and long-time enemies. Palin appears in book signings and other public appearances, and the title of the film ‘You betcha’ is a Palin popular saying.

Broomfield falsely claims he approached Palin with an open mind, intending to make the film a diary of his findings “rather than going out to nail her.”

Broomfield is as open-minded as a hitman.

Throughout the film, Broomfield persists in seeking an interview with Palin which he never gets. He finally went to a Palin event with a question-and-answer session, where he shouted out to her, “Do you think your political career is over?”

After a drink of water Palin gestured to her supporters and said ‘Ask these people’. The crowd cheered, and Broomfield was escorted out by security.

This entire film and the timing of its release are politically motivated – designed as anti-Palin propaganda. If you take properly selected interviews and film clips carefully arranged you can make any public figure look very good or very bad. The media has such a dominant role in American politics – it is really too bad that they just won’t just shut up and let us make our own decisions, form our own points of view – based on reporting just the facts.