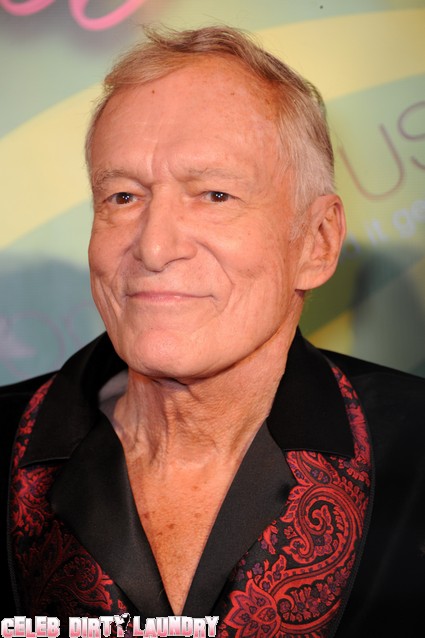 He told The Hollywood Reporter: “We had sex with her and a girlfriend. We had sex the first night that we met, with another girl, and it was such a nice relationship that I kept them both over for a weekend.”

The couple were set to marry earlier this year but Crystal – whom Hugh claims he used to have sex with “once a week” – broke it off just days before the ceremony. The publisher insists he is not bothered about being jilted, however, although he regrets the end of their relationship.

He added: “You know, she’s the one that wanted to get married, not me.  But I think that Crystal is more than one person; she was kind of lost and overwhelmed by the relationship, and got caught up in an affair while we were going together that I knew nothing about.

What is to regret I am sure there is a line of bimbos ready to be Mrs. Hugh Hefner.  Just saying…