Hugh Hefner Realizes He Was Used By Crystal Harris 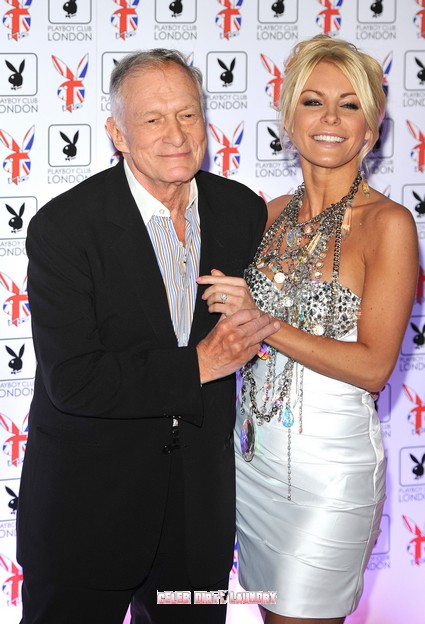 Amazing as it may seem to the rest of us, it is only dawning on Hugh Hefner now that his ex-fiancee Crystal Harris was using him for his fame and fortune.  Despite realizing that he was used Hefner insists that their relationship was “a pretty nice ride” while it lasted.

The Playboy publisher was left brokenhearted after the 25-year-old model called off their wedding plans at the last minute in June.

In a candid TV interview with CNN’s Piers Morgan, which aired on Thursday, the aging mogul conceded that Harris may have had ulterior motives by embarking on a romance with a man 60 years her senior. How many advisers did it take to lead Hef to this amazing insight?

Hefner refuses to hold a grudge against the pretty blond because he still enjoyed their romance.
He says, “I think an argument could be made that she took me for a ride but I must say, quite frankly, it was a pretty nice ride. It was two and a half very good years and if she was faking it she did it very well… If she was fooling, and a case can be made that she was, she did a very good job.”

Of course she did a good job, isn’t that what prostitutes are paid to do?  When asked if he feels “conned” by Harris, Hefner admitted, “Obviously, sure, of course. (But) no, it’s not humiliating. I’m happier now. I missed a bullet.”