Hugh Hefner’s Lifetime Show Will Be About Him Getting Dumped 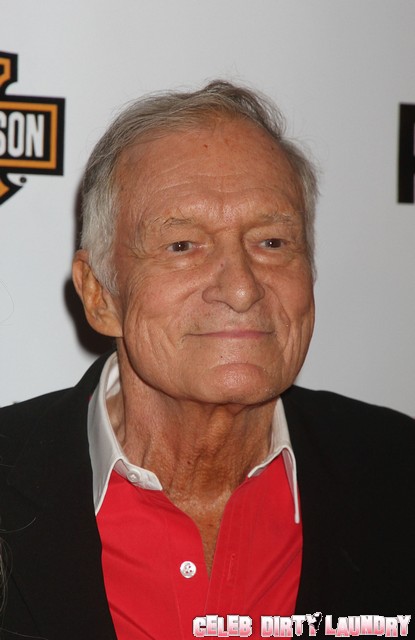 Hugh Hefner was slated to walk down the aisle with Crystal Harris on June 18th — and it was all going to be captured by the cameras for the Lifetime Channel. Ultimately, even though Crystal was taking offers to leave Hef at the altar, she ditched him right before the wedding. Now, his Lifetime special will go forward — and it’s going to be all about how he got dumped.

How many times do I have to remind everyone that he should have just married Holly Madison? I bet he’s having regrets about that right about now.

Wednesday, Hef took to Twitter to say, “The marriage special planned for Lifetime TV is now going to have a “runaway bride” theme & will air in July. … Holly and Kendra were here today lending their emotional support as we shot [the special].”

At least he found a way to turn a bad story around and do some good with it. Will you be watching Hef’s special? I still think she made the decision and he was totally blindsided by it, don’t you? Crystal went on the radio and talked about how she thought it was mutual….but Hef was on Twitter, acting like he didn’t know what she was talking about.