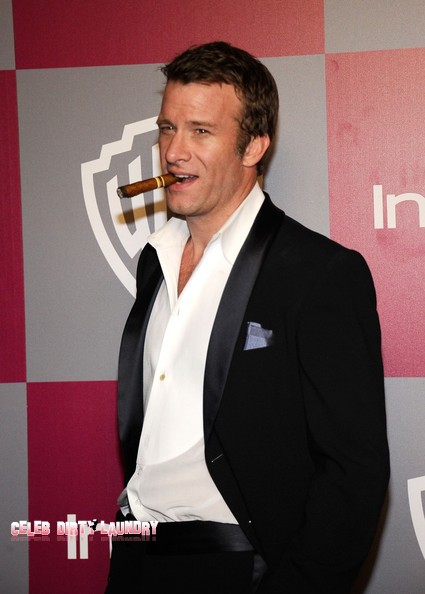 Man, some celebs need to watch what they say during interviews! This realization is just hitting HBO’s “Hung” star Thomas Jane. The Golden Globe nominated actor is furiously back peddling after an interview spawned rumours that he became a gay prostitute during a rough period as a young actor in Hollywood.

The interview in question was with the Los Angeles Times last October. Jane was apparently misquoted when he said, “You know, when I was a kid out here in L.A., I was homeless, I didn’t have any money and I was living in my car. I was 18. I wasn’t averse to going down to Santa Monica Boulevard and letting a guy buy me a sandwich. Know what I mean?” Perhaps screwing himself further, he added “Being a young artist and broke in Los Angeles, I was exploring my sexual identity. And probably because of my middle-class, white blue-collar upbringing, I would have never had the opportunity to confront some of my own fears and prejudices had I not been hungry enough to be forced to challenge myself in that way.”

Jane has been trying to clear up the “rumours” ever since. But like everything hilarious in Hollywood, this one is sticking! The forty two year old actor recently told addiction and recovery website The Fix that the media ran with the story even though he never said he was a prostitute. “I was talking about my [early] time in Hollywood: I said that I’d had a sexually adventurous time and I was trying to relate that to how I play a prostitute on TV—trying to relate my experience to my character’s experience—and well, people heard what they wanted to hear.”

Jane, who’s been sober since 2008, was meant to be speaking The Fix about his past problem with drugs and alcohol but couldn’t escape LA Times “misquote” that was read around the world.

It’s funny that he’s trying to clear up the gay prostitute rumours now that Hung has been cancelled. Hopefully he saved enough money to keep the fridge full of sandwiches. Know what I mean?