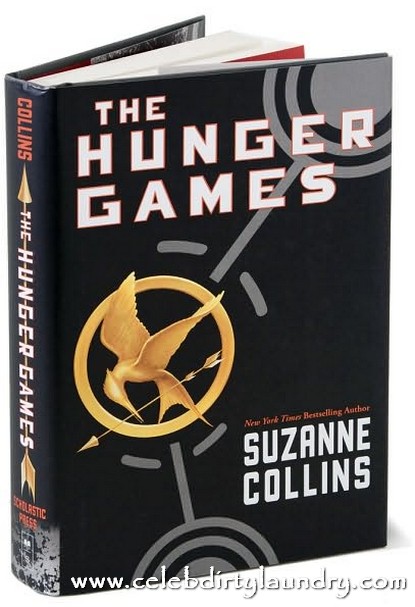 Well I suppose it’s about time that I moved on and started myself a new book series.  To my luck, I was presented with the perfect one – Suzanne Collins trilogy, The Hunger Games.  I honestly hadn’t heard anything about the book until talk of adapting the best seller onto the big screen came about…. not much of a surprise though as it was my makeup artist for a film I was working on who said to me, “You haven’t HEARD about Twilight?”  So the fact that this was all new to me was no big shocker, but my curiosity was peaked.  And boy does it sound like my kind of story..

“In a world where North America has crumbled and a new country, Panem, rises out of the ashes, children are sent to battle to the death in an arena. Two tributes are chosen from each of the twelve districts, from ages 12 to 18. Through a trilogy that has captured the hearts of many, Suzanne Collins tells a tale of a parallel universe riddled with conflict, betrayal, bonds and friendship in a game of survival of the fittest”.

Ummm…exciting!  Not to mention the fact that Jennifer Lawrence of the Oscar nominated Winter’s Bone is attached, as well as Josh Hutcherson (The Kids Are Alright) and Liam Hemsworth (The Last Song).

Time will tell, but at least I know I’ve got time to start reading – the film is set for release in March of 2012.  Will it garner the same recognition as that of its predecessors such as Twilight, Lord of the Rings and Harry Potter?  With the film said to have a 60 million budget, let’s hope so!