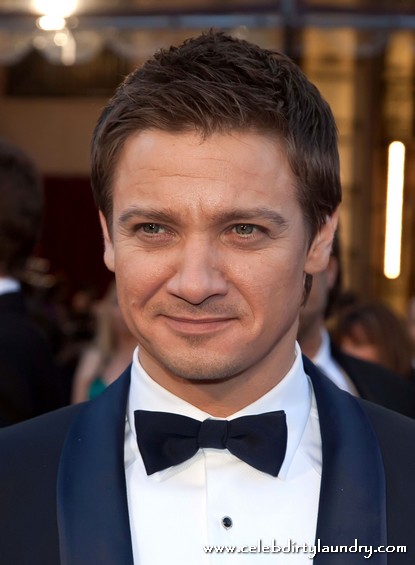 Matt Damon, 40, refused to reprise his role as Jason Bourne when director Paul Greengrass dropped out so they had to find a replacement.  It was announced today that the Hurt Locker star Jeremy Renner, 40,  has been offered a role in the next Bourne movie.  Jeremy won’t play the role of Jason Bourne that Matt plays.  Rather he will play “an operative from a covert government programme that is even more dangerous than the brain-washing programme that hatched Bourne”.

Jeremy was nominated for Best Actor at the 2010 Oscars for his portrayal of a US army bomb squad technician in Iraq in The Hurt Locker and Best Supporting Actor this year’s for his role in The Town.

The Bourne Legacy is expected to start filming in September 2011.