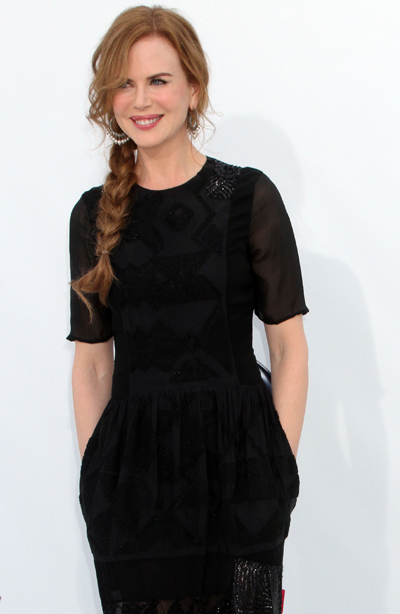 Brr! Nicole Kidman‘s Botox-y face isn’t the only thing that’s seemingly frozen about the 44-year-old actress. According to the National Enquirer, Nicole is currently shooting a new movie called Stoker on location in Nashville, and her frosty, diva-like behavior has earned her the nickname “Ice Princess” among the movie’s crew.

“Nicole is a real witch, and they’ve nicknamed her ‘Ice Princess.’ No one’s even allowed to speak to her, except for primary cast members, the director or producers,” said a spy to the tabloid, reports Celebitchy.com.

You would think that being married to a down-to-earth country singer like Keith Urban, who is currently recovering from throat surgery, would mellow Nicole out but apparently not! Reportedly, the mother of four asked an assistant to bring her a glass of water and was “furious” when the underling brought her the beverage with ice it.

The Oscar-winner, who plays the mother of a young girl who is coping with the death of her father in the thriller that co-stars Mia Wasikowska and Dermot Mulroney, also supposedly threw a fit when a prop person moved an umbrella she was using in a scene from one end of a table to the other.

Says the source: “Everyone’s walking around on eggshells to make sure ‘Her Majesty’ is not displeased.”

For Nicole’s sake, we hope that no one records her diva-like tantrums. We doubt that she (or anyone) would want to earn the reputation of being the female Christian Bale!