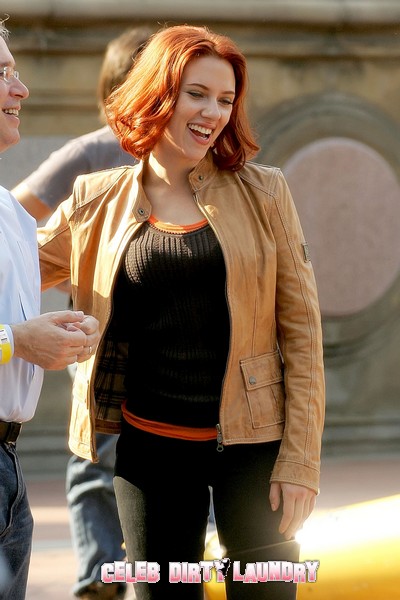 Scarlett Johansson is reportedly dating Joseph Gordon-Levitt and she is NOT taking any intimate photos of their dates together! After the hacking scandal which saw nudes of Scarlett plastered all over the web we assume that the starlet has decided to use mirrors if she wants to look at herself and keep the pics off electronic communications devices.

The ‘Avengers’ star was spotted in a romantic embrace (unless it was an MMA hold) with the 30-year-old actor during a night out in New York last month and onlookers revealed the pair looked very happy together.

An eyewitness told Us Weekly magazine: “They were kissing. They were very lovey.”  Another source added: “They first met about a film they wanted to do together, but it’s gone beyond that now.”

Scarlett’s marriage to the ‘Green Lantern’ actor Ryan Reynolds ended last December and the 26-year-old actress – who went on to date Sean Penn afterwards – recently admitted she was “quite depressed” about splitting from her husband and turned to her family for support.

She said: “At first I was quite depressed. After about a week or so I pulled myself together and started to go to the gym all the time. “Luckily, I’ve got a few very close girlfriends who have been by my side for 15 years now, who I can talk to about everything and confide in. I’ve got a close relationship with my twin brother Hunter as well. And then there’s my grandmother Dorothy. She recently turned 89 – she’s an incredibly sweet, lovely and wise woman.”