Is Hilary Duff Pregnant With her First Child? 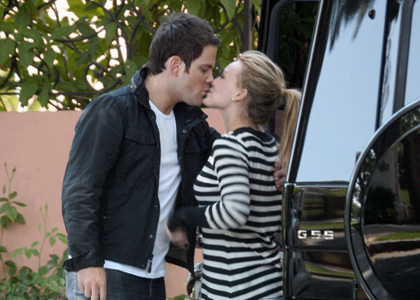 Well if we are to believe Star Magazine actress and singer Hilary Duff and her husband Pittsburgh Penguins hockey player Mike Comrie are expecting their first child.  Hilary and Mike got married in August 2010.   Hilary has been very open about the fact that her and Mike want a big family.  Hilary is said to be seven weeks pregnant.

A source reports: “They weren’t actively trying to conceive but agreed that if it happened, it happened,  They’re ecstatic”

Update: According to her rep, Hilary is not pregnant with the couple’s first child. Hilary said, “I’m only 23, so give me a little bit of time. Come on people!”