Is Justin Bieber Caught In A Love Triangle? 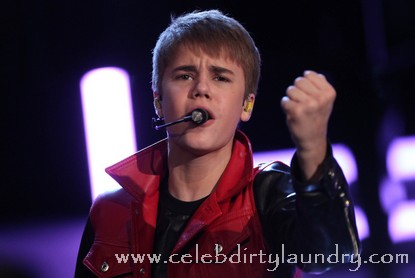 Rumor has it that Canadian Justin Bieber, 17, is caught in a love triangle.  The teen star who has been dating Selena Gomez since late 2010 is said to have a wondering eye.  Apparently Justin is cheating on Disney star Selena with Jasmine Villegas the girl he kissed in his “Baby” music video!  I am not sure if the believers are going to be happy with that news.

A source said,  “Justin’s become so famous so quickly that now he’s not content to settle for just one girl. While he and Selena were together for the February premiere of his documentary Never Say Never, he was secretly sending romantic text messages to Jasmine – saying he was sad she wasn’t with him.”

“Ever since he had a heavy makeout session with Jasmine in his car last fall, he’s had a huge crush on her and desperately wants to hook up with her again. Even though he’s just seventeen, Justin is turning into a mini-player. And it’s just a matter of time before Selena figures it out and kicks him to the curb.”

So what do you think believers – do you believe?