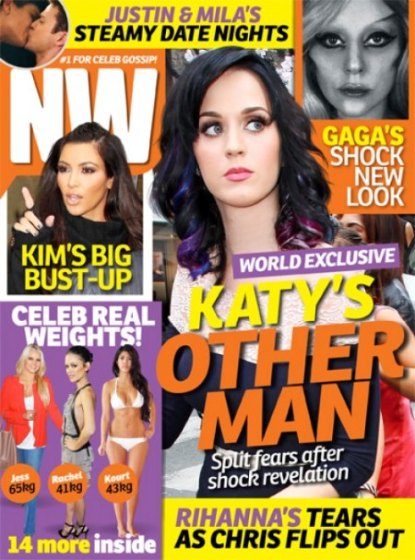 Katy Perry appears on the front cover of NW magazine with the title suggesting that she’s hooking up with another guy!

In their “exclusive”, they claim that Katy has another man. Underneath that, there is the title, “Split Fears After Shock Revelation”, leading the reader to assume that she’s already cheating on her husband after only having been married for several months.

He has already come out and said that he would rather be gardening than doing other *stuff* with her, so there might be some truth to the rumors. Still, we don’t know for sure, because we aren’t flies on the walls of other people’s bedrooms.

Would you really want to see that anyway?