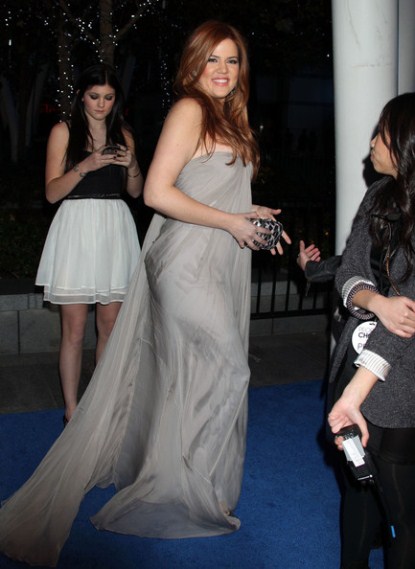 Khloe Kardashian, 26, got a new haircolor, a new reality show and is she now expecting a new baby?  Khloe was recently seen at the 2011 People’s Choice Awards in a flowing gown that caused speculation that she might be expecting her first child with husband of one year Lakers star Lamar Odom, 31.  When I saw her at the awards show (pic above)

the first thing I though is “she is pregnant”

One source says “Khloe has been hiding a tell-tale bump behind flowing dresses and oversized handbags, and another source speculated that Kardashian and Odom, who have landed their own “Newlywed”-style reality show on E!, “will be followed by the cameras through her pregnancy and as they have their first child.”

A rep for Khloe has denied the rumors.